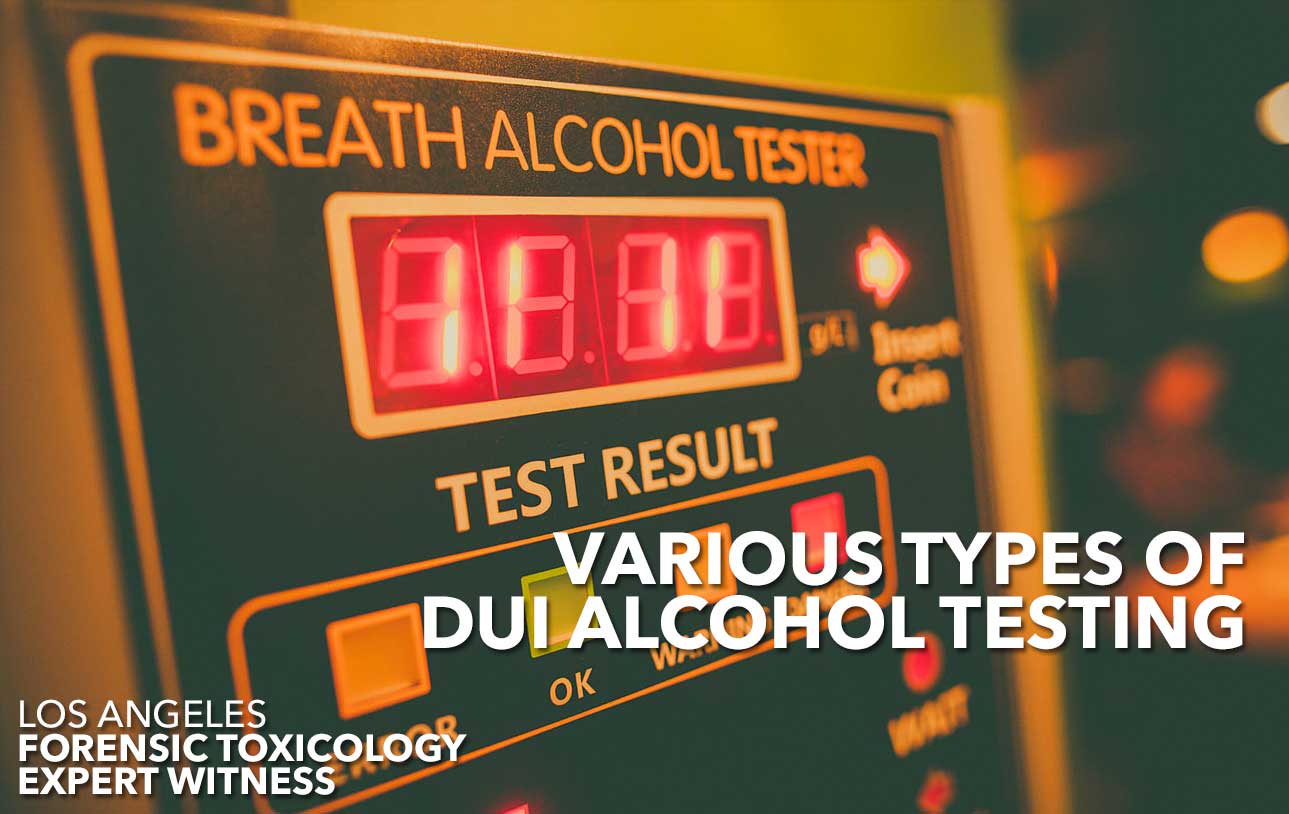 In the state of Los Angeles, driving under the influence (DUI) of alcohol or other intoxicants, such as drugs, is considered a criminal offence. However, in order to prosecute someone or charge someone for DUI, you need to prove that the person was actually impaired while driving. There are different types of alcohol testing used to determine if someone was above the legal alcohol limit while they were driving or when the accident occured.

The four different ways that blood alcohol concentration can be measured are as follows:

If you require an expert forensic toxicologist to help you with a DUI court case, Okorie Okorocha is the expert witness and you are looking for! Contact us at (800) 285-1763!