How Drug Testing Keeps It Fresh 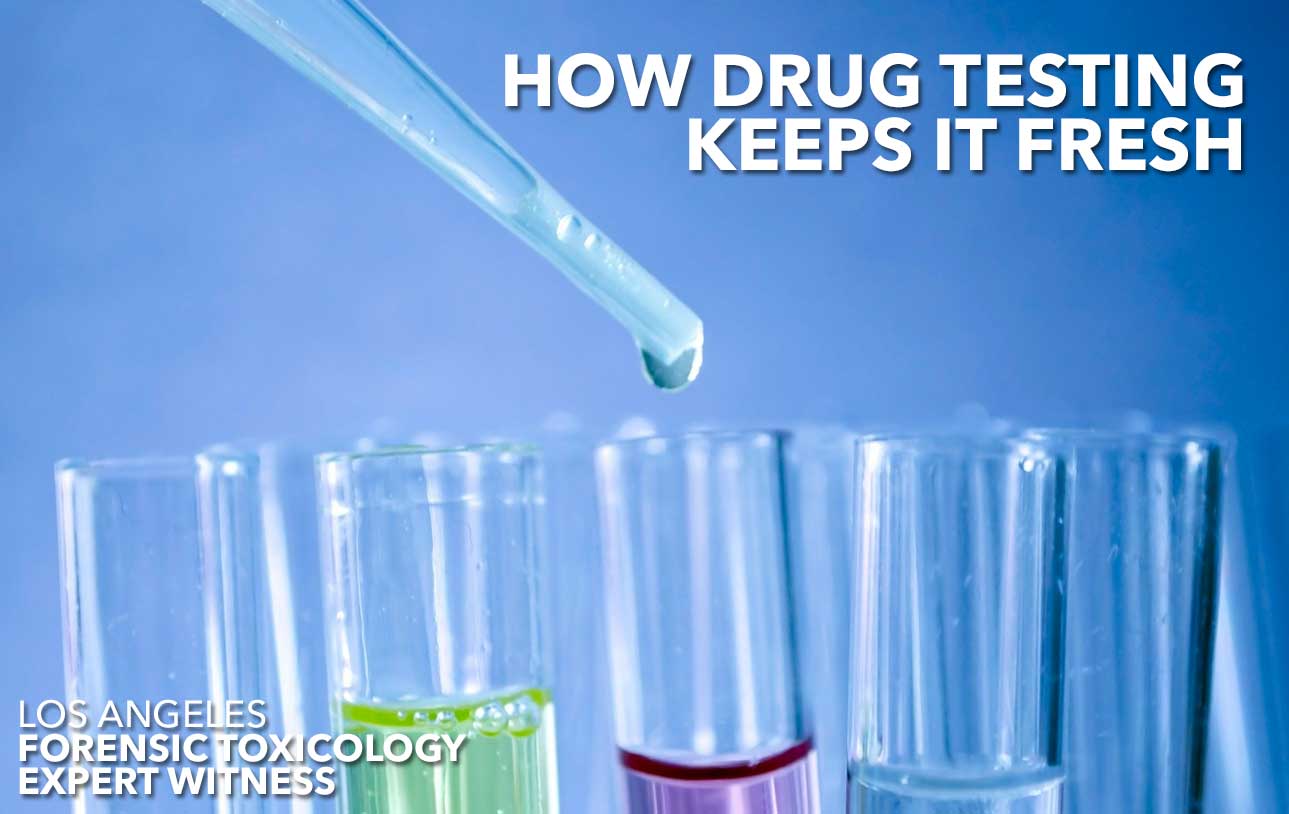 With the advent of synthetic and designer drugs, testing for illicit substances has become more complicated. Black market laboratories are far more high-tech than they used to be, and law enforcement are hard-pressed to keep up with all the new drugs on the market. It is increasingly important for drug testing to not only keep up with the new designer drug trends, but to also try to get ahead of these dangerous trends.

What Are Synthetic/ Designer Drugs

Synthetic drugs, also known as designer drugs, started to gain media attention in the last decade. Drug manufacturers attempt to stay ahead of the law by creating drugs with similar chemical compounds to already illegal substances. These substances are artificially created in black market laboratories, and often sold under the guise of being ‘not for human consumption.’

The synthetic drug known as Spice or K2 is most popularly cited when speaking about synthetic drugs. In the early 2000s Spice became an incredibly popular alternative to Marijuana. By 2011, 1 out of every 9 12th graders had used Spice. It was (and still is) widely sold in tobacco and vaping stores as incense. In 2008, it was discovered that Spice contained a synthetic cannabinoid called JWH-018. It was quickly made illegal, but, just 3 weeks after JWH-018 was made illegal, officials found an incredibly similar cannabinoid sprayed into Spice packets.

This is the nature of synthetic drugs – as soon as a specific chemical formula is made illegal (i.e. the formula for JWH-018), black market laboratories simply tweak the structure of the compound and create something new. This new compound is not technically illegal, because authorities have not encountered the chemical structure before. Consequently, the drug is able to be sold as being ‘not for human consumption’ without legal repercussions for a short period of time.

The Dangers of Synthetic Drugs

Although all drugs are dangerous and have the ability to be abused, synthetic drugs are particularly deadly. Often, these new drugs contain substances that have not been tested on humans, and are not safe for humans to consume. Although the ‘not for human consumption’ tag found on Spice/K2 products allows them to circumvent law enforcement, the reality is that many synthetic drugs contain poisonous ingredients. Because black market laboratories simply tweak chemical structures to avoid being caught, there is no knowing what affects these new compounds will have on consumers.

The speed at which new synthetic drugs hit the market poses the greatest difficulty to forensic toxicologists and drug testers. Without proper information on the chemical compound, its biological effects, how long it lasts and what it does to the body, scientists will always struggle to test for the new drug. Because scientists know the chemical makeup of cocaine and what it does to people, it is easy to test for cocaine abuse. However, it is much harder to test for a synthetic, cocaine-like substance, particularly if the toxicologist doing the test has never encountered the substance before.

Although creating a drug test does not require FDA approval, researchers have to get approval from the Food and Drug Administration in order to make a new drug test commercially available for laboratories across the country to purchase. The FDA approval process can take as long as a year, by which point new synthetic drugs will have already come onto the market.

How Does The Drug Testing Industry Keep Up?

As mentioned, tests for new synthetic drugs can take a long time to be approved. However, tests for a large number of designer drugs do already exist. Current tests are able to pick up on a large number of chemical compounds used in black market bath salts (cocaine-like stimulants) and synthetic cannabinoids. Many of the original, potent synthetic cannabinoids are also resurfacing, making testing slightly easier.