The Art of Gunshot Residue Testing 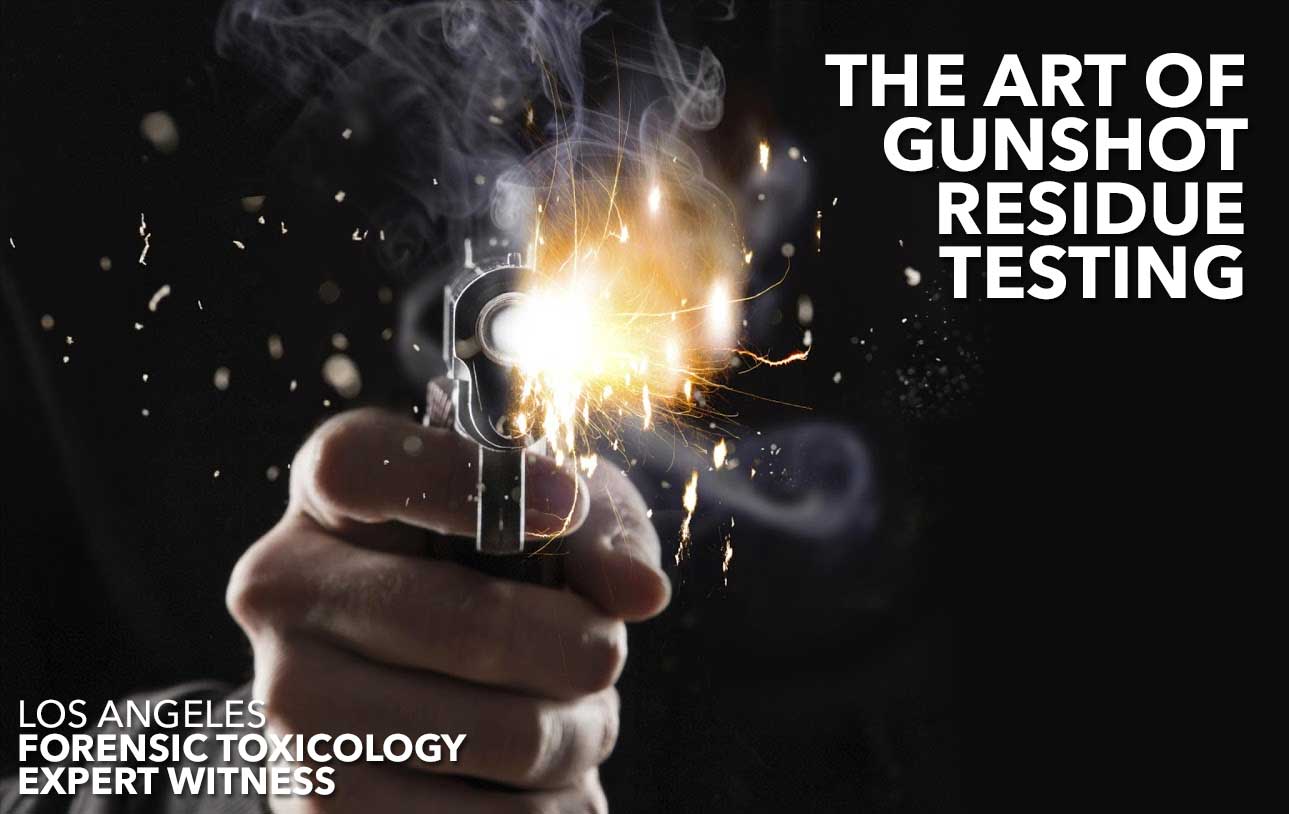 Do you know what happens when you fire a gun, and how law enforcement and expert witnesses use gunshot residue testing to discover if a suspect in a criminal case actually discharged a weapon? Okorie Okorocha explains everything you need to know about gunshot residue testing, it’s validity and why the FBI doesn’t do it.

What Happens When You Pull the Trigger of a Gun?

When someone pulls the trigger of any type of gun, a chemical chain reaction occurs. In most instances, a firing pin strikes something known as a primer cap in the gun’s cartridge. In North America, most primers contain a combination of lead styphnate, barium nitrate, and antimony sulfide, which react to ignite the gunpowder inside the gun’s cartridge. This ignition causes the bullet to be propelled out of the gun and into its target.

At the same time as the bullets leaves the gun, small metal-containing particles produced during the internal gunpowder explosions are released from the weapon. These particles, known as gunshot residue (GSR), fly out of the gun and onto the skin and clothing of the person firing the gun. Gunshot reside usually contains chemicals from the gun’s primer, namely antimony, lead and barium.

The Art of GSR Testing – How it’s Done

As science rapidly changes and evolves, so do the methods used to catch criminals and examine evidence. The following sampling and analysis techniques are used by industry professionals in today’s crime-ridden environment.

One of the main issues with gunshot residue testing is cross contamination. Although GSR will be found on the body of the person who originally discharged the weapon, it can also be found on victims and witnesses standing nearby. GSR can land on anyone and anything, and stay there for an indefinite period of time

It is also possible for GSR to be found on a person who was not involved in a crime. In the United States, guns are prevalent throughout society, and it is not uncommon for a civilian walking down the street to have GSR on their person (in countries such as Japan, where guns are not popular, civilians are less likely to have evidence of GSR on their clothing). In fact, it is possible for someone who has never come into contact with a gun to have gunshot reside on their clothing, because GSR is transferable. This means that lab technicians or crime scene investigators can transfer GSR to samples as well.

By the mid-2000s GSR testing decreased to the point where the FBI closed its gunshot residue testing facility. In 2006 the Bureau released a statement claiming that while it supported GSR testing and the science behind it, the Bureau itself would no longer conduct GSR testing.

Today, GSR testing is used more to corroborate points than as leading evidence. Remember, an expert witness is your best option when considering gunshot residue in any legal or criminal case.