How Gunshot Residue Helps or Hinders a Case 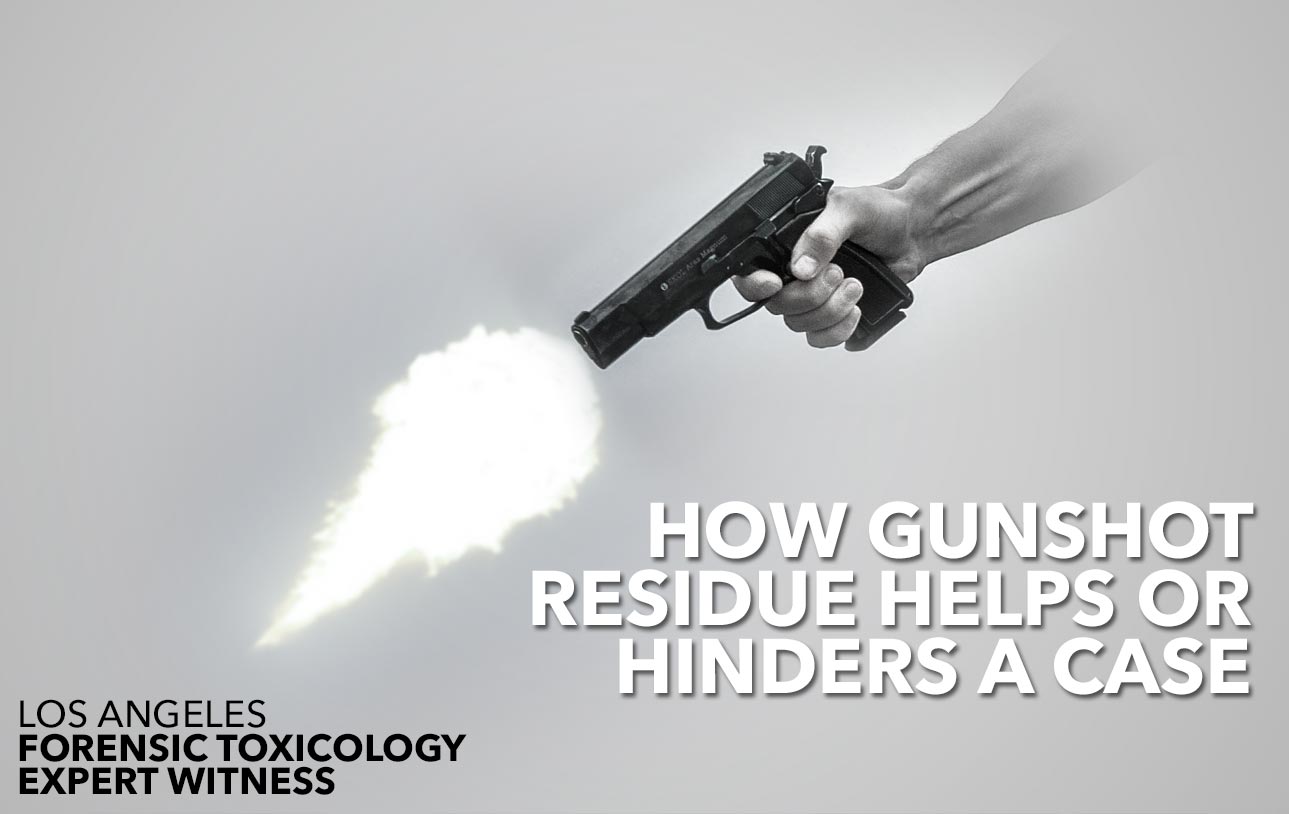 Once considered a critical piece of evidence within criminal trials, the reliability of using gunshot residue (GSR) as evidence has become a point of contention. This is mainly due to the possibility of tampering and the multiple factors by which someone could have exposure to the substance. In order to help you decide whether including gunshot residue would weaken or strengthen your case, Okorie Okorocha has provided more detail on the subject.

What Is Gunshot Residue?

The trigger of a gun initiates an ignition of the gunpowder causing a pressured reaction to bolster the bullet out of the gun. A byproduct of this event is that certain compounds escape through the firing of the weapon. The main make up of this compound contains particles of lead, antinomy and barium, which combined form GSR.

The residue can attach itself to the surroundings quite easily and is found on any nearby clothing, surfaces, or skin where the shot was fired.

How Is Evidence Collected And Examined?

Residue from a gunshot fire can be collected from an object, surface, skin or clothes. The circumstances in which the residue could have originated are mainly limited to the following probabilities:

In the past, evidence was collected using a paraffin wax which was swabbed against the surface or skin to pick up particles/residue that may have been present. This swab was then submitted to a lab for an atomic composition analysis. Testing became more advanced and faster to administer with the introduction of using an electronic microscope to identify composition of particles. A more detailed and thorough analysis can be conducted using x-ray or ion beam technology.

Should You Include Gunshot Residue Analysis To Your Case?

You’ve received the results of the analysis and need to make a decision whether to include it as evidence or not; below is a list of considerations to note before making your final decision:

There are many factors involved in using GSR as evidence and due to the number of domestic firearms in the USA; proving or disproving a result is nearly equally probable. Preventative measures must be employed to avoid cross contamination of evidence. Should you choose to use the evidence, ensure the analysis and presentation of results is conducted by an independent expert witness.