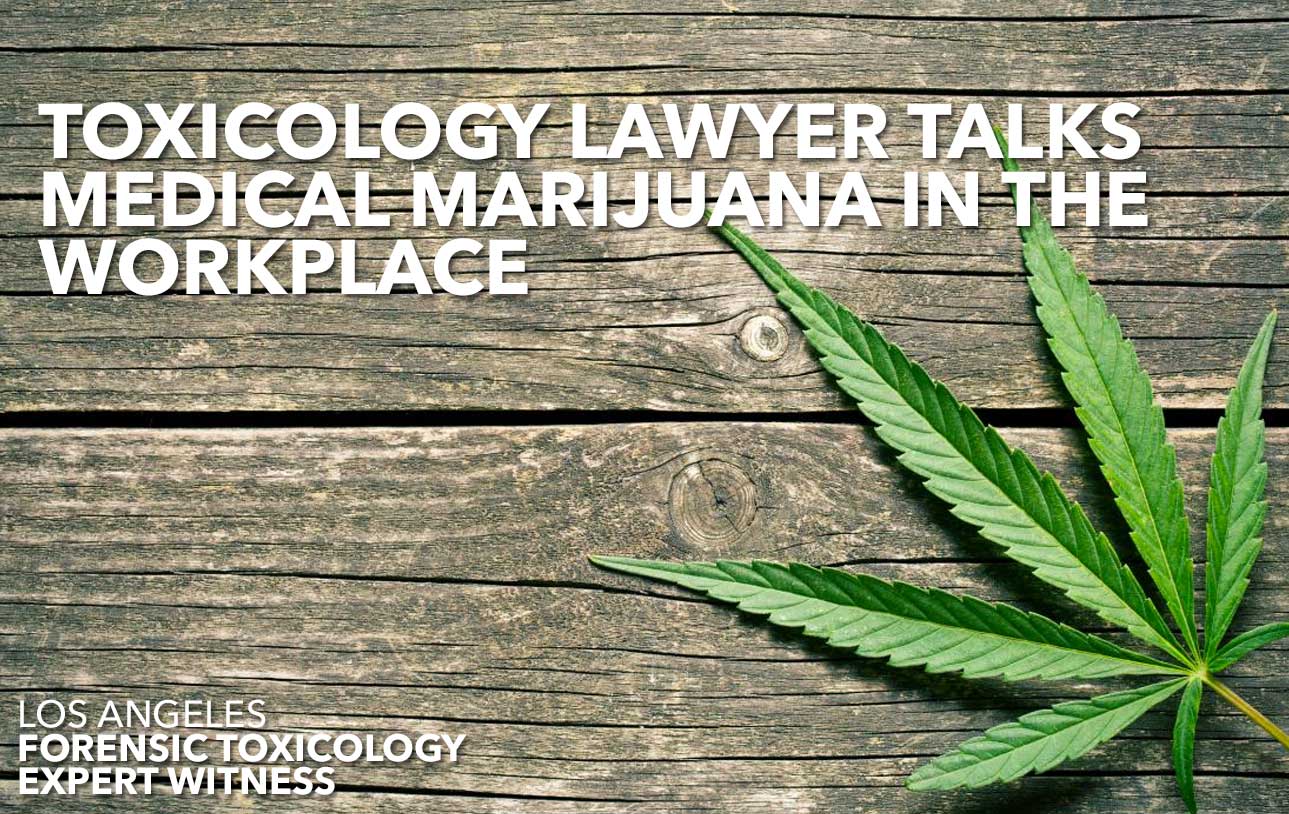 With the recent legalization of recreational marijuana and medical marijuana in a handful of states, a common question has been raised amongst employees and employers: in states where marijuana has been legalized should it be allowed in the workplace? The answer to this question is not cut and dry, there are many perspectives and arguments both for and against. Speaking with a toxicology lawyer will be a step in the right direction when it comes to teasing out this messy arena.

While most employers would not think twice about their employees taking ibuprofen or Kaopectate, with medical marijuana being used to treat a host of medical ailments, such as pain, nausea, muscle spasms, seizures and other symptoms, there has been the concern about allowing it freely in the workplace.

Most companies do not allow smoking in the workplace, whether this be cigarette smoking or vaping. With the recent changes to the law, we can’t help but wonder whether this applies to the smoking of medical marijuana in the workplace? Smoking medical marijuana is the most common and effective way of getting the benefits that marijuana provides, but it can also be ingested. Therefore, if smoking is the problem, then it can recommend that employees take their medication via the oral route instead. This averts the smoking issue, but still leaves employers unsettled on the effects of ingesting marijuana while employees are at work.

These are the questions that have also baffled the courts, who have been faced with this issue since medical marijuana was legalized in certain states. So far it has been concluded that the use of medical marijuana in the workplace is dependent on 2 factors:

Laws Regarding Marijuana Use At Work

The problem with understanding the first point is that there are many different classes of law. For this specific issue, the two laws that are important to understand are Federal Law and State Law. Federal Law is the body of law created by the federal government of a country. The Federal Law is limited because federal power is not universal, with the power to govern individuals lying in the state and State Law. State Law, as the name suggests, is only effective within a specific state. So, understanding whether medical marijuana is legal or not comes with understanding which of the two sets of law prevail, state or federal.

Currently, according to Federal Law, marijuana is still considered a Schedule I, highly controlled substance. This means it is classed as a drug with a high propensity for abuse and no medicinal properties. So, companies which are reliant on the federal government for things like funding (such as colleges and community health centers) are under the jurisdiction of Federal Law. This means that these companies can be held accountable for having employees who use marijuana and could lose the benefits that they receive from the federal government.

State Law in California, on the other hand, contradicts Federal Law, with the legalization of medical marijuana. While the law is not very specific about the use in the workplace, there are other laws which protect employees. For example, State Law says that employers are not allowed to discriminate against employees who use medical marijuana. This means that a company may not refuse to hire you or fire you should you wish to disclose that you use marijuana for medical reasons. Unfortunately, employers are under the jurisdiction of deciding their own company laws, which employees are contractually supposed to follow and abide by, and can be taken to court for if broken. Therefore, employers are allowed to:

So, in the end, the real question is which of these to governing bodies will win? According to how laws in America work, if a Federal and State Law contradict, then when you’re in the state you can follow the State Law, but the feds can still choose to arrest you for breaking a Federal Law.

If you feel that you may require legal action as an employer or an employee regarding the use of medical marijuana in the workplace, contact one of our qualified toxicology lawyers. We are specialized in handling the use of toxins and drugs with regards to the law!