A Detailed Look At Forensic Pathology 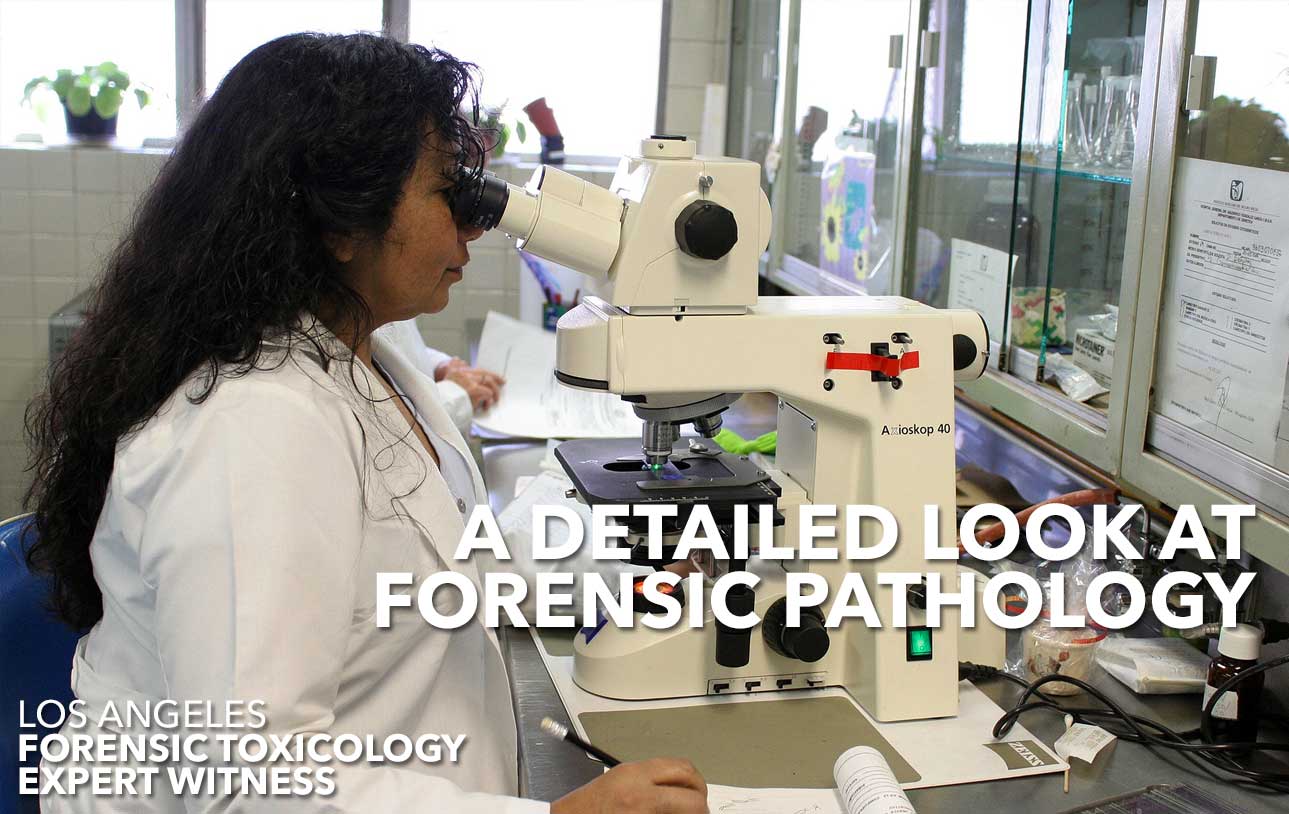 Forensic pathology is an important and necessary function in the field of physiological science and crime scene investigations.

What is the Role of a Forensic Pathologist?

In the field of pathology, a forensic pathologist, commonly referred to as a medical examiner or coroner, is a trained physician whose role it is to determine the cause of a person’s death through testing and analysis. Pathologists examine medical records, evaluate crime scene evidence and witness statements, and collect trace evidence from a body for further study.

To become certified in the field of forensic pathology, you need to complete a Bachelor’s Degree (usually in the field of biology, chemistry, or physiology), four years of medical school, and four to five years of a residency program. After a pathologist completes residency and they’ve obtained medical licensure in their state, they are then required to take the American Board of Pathology exam for certification in their field.

A pathologist is responsible for certifying the cause a death and signing off on the decedent’s death certificate, which is filed in the city and county where the person’s death occurred. A Death Certificate is then issued by the city’s Vital Records Office.

In the state of California for example, a pathologist’s report is required in situations of known or suspected suicide and known or suspected homicide. Forensic pathology is time-consuming work, particularly at the lab level, and a case is not closed as quickly as you may see in a TV program such as CSI.

The Expert Witness in a Case

A forensic pathologist expert witness can determine the successful outcome of a case, particularly in situations of suspected homicide or foul play. Their services can also be used in civil litigation such as a wrongful death suit.

Forensic expert testimony has been used in several famous trials from the mid-20th century, including the assassination of President John F. Kennedy and the OJ Simpson trial. Although Simpson was acquitted at criminal trial, expert testimony was key in a successful wrongful death suit filed by the family of Ronald Goldman.

Okorie Okorocha holds two Master’s degrees in forensic pathology and pharmacology and has served as drug and alcohol expert witness in over 280 civil trials in California. He is highly knowledgeable in the areas of Toxicology and Pharmacology and can help juries understand the complex scientific concepts involved in these fields.