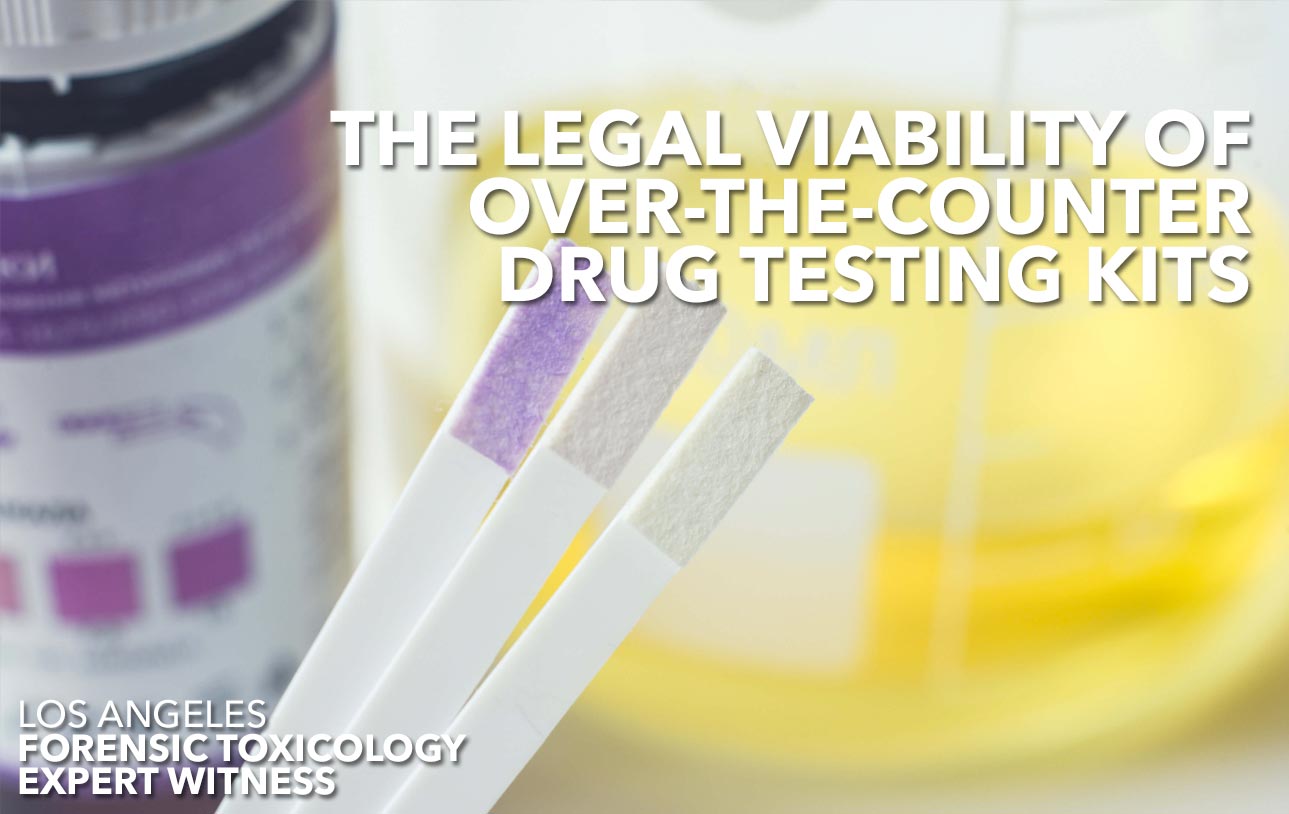 With the legalization of both medical and recreational marijuana, there have been many discussions around the viability of drug testing at home and in the work place. According to the laws that govern drug testing in the state of California, there are clear guidelines by which employees, employers and other parties who would like to perform a drug test need to adhere to. However, what isn’t clear is whether the use of a home-based or over-the-counter drug test can also be used in the incidence of drug testing.

What Is An Over-The-Counter Drug Testing Kit?

An important place to start is understanding what a home-based or over-the-counter drug test is, what it can test for and how accurate it is. The purpose of a home-based drug test is to provide an easy way to test for substances in the urine. It is a good starting point for determining whether someone is taking drugs if you have a reasonable suspicion to believe that they may be. Over-the-counter drug tests typically test for the presence of drugs in the urine – this means that there needs to be cooperation from the party being accused. While it is within a person’s legal right to refuse to take a drug test, action may be taken against that person and they will have little to stand on in a court of law should the case be taken further.

For parents wanting to do a drug test on their children they must remember that it is against the law to take a sample if the child is over the age of 18 without their consent.

Most home-based drug testing kits are multi-panel – meaning that the test is able to detect more than one substance. Depending on the brand of the test, the following drugs can be tested:

Most standard home-based drug testing kits will be a 5-panel test and will search for the first 5 drugs on the list above.

The next question to ask is whether the at home-based drug testing kit is legally valid. While this information is not well documented, it is clear that in a court of law, any toxicology accusations or evidence needs to be presented from a formal laboratory. So why would someone use a home-based drug test in the first place? The reason is that most home-based drugs tests are sensitive for the drug they are testing. This means that if they test comes back as positive, it is unlikely for it to be a false positive. It is a good tool to use for screening in cases where there is a high suspicion or when you want to do drug testing on a large quantity of people.

Once a home-based drug test comes back as positive, further formal testing can be performed if it needs to be used as evidence in a court case. However, for most people, using a home-based drug test is confirmation enough for them, but in the work-place setting, home-based tests can help to guide more focused laboratory testing on employees. It is important to remember that the purpose of a drug test should not be to accuse people of substance abuse, but rather as a way to protect employees, employers and an entire organization.