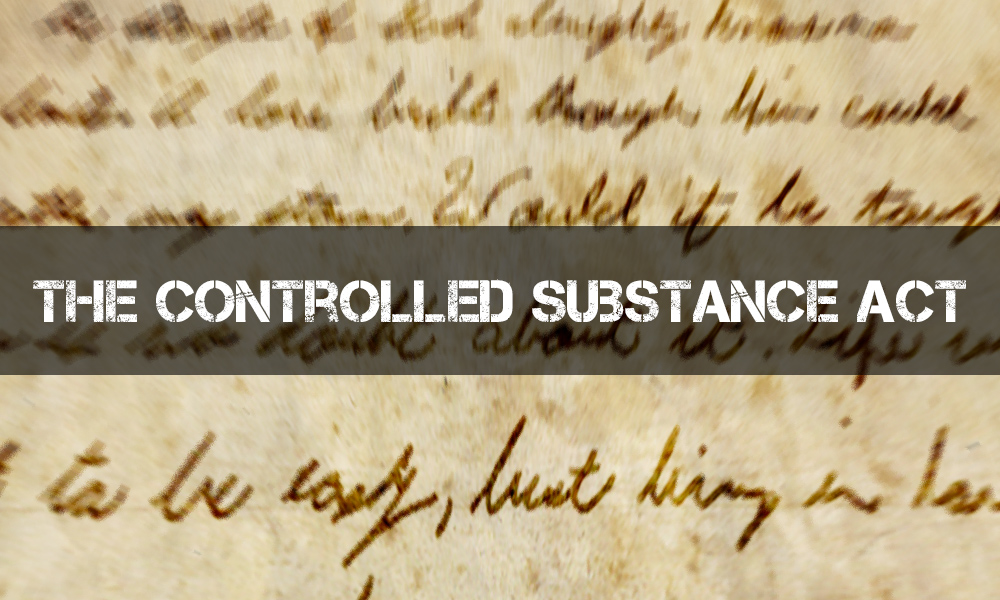 Okorie Okorocha brings the specialized knowledge of toxicology to the court room, where the science of forensic toxicology functions as a witness alongside the legal system of the Controlled Substance Act. Forensic toxicologist experts simplify complex scientific concepts, and ensure that the correct procedures are followed in the case.

How Does the Controlled Substance Act Work?
There are five classifications which include varying qualifications for substances. The Drug Enforcement Administration and the Food and Drug Administration determine which substances are added to or removed from the various schedules, based on their potential for abuse.

Schedule 1
These substances have high potential for abuse, they are not accepted as medical treatment in the United States and there is a lack of accepted safety regarding use of the drug. Drugs on this schedule include ecstasy, LSD, and Heroin.

Schedule 2
Schedule 2 drugs also have a high potential for abuse, and they are either not accepted or currently accepted with severe restrictions as medicinal treatment within the United States. Abuse of schedule 2 drugs may have a likelihood to introduce severe psychological or physical dependence. Cocaine and morphine are examples of schedule 2 drugs.

Schedule 3
Although potential for abuse, schedule 3 drugs have less risk than schedule 1 and 2, and they are currently accepted for medicinal use in the United States. There is a risk of leading to moderate or low physical dependence, or high psychological dependence. Schedule 3 drugs include anabolic steroids, Vicodin, and Marinol.

Schedule 4
Relatively low potential for abuse, schedule 4 drugs are accepted for medicinal use in the United States. Ambien, Xanax, and Valium are examples of schedule 4 drugs which are said to have less likelihood of physical and psychological dependence in comparison to schedules 1, 2 and 3.

Schedule 5
Low risk of abuse, accepted medicinal use and the least probability of leading to abuse are schedule 5 drugs, which include Lyrica and cough suppressants.

What Is Forensic Toxicology?
Biological samples, normally urine or blood, are analyzed for evidence of street drugs, prescription drugs, alcohol, poison and any large quantities of foreign substance. Deductive information is then used as evidence in criminal cases.

How Does the Controlled Substance Act Affect Forensic Toxicology?
Drug use and abuse has become a national concern on an exponential level. Drug-related events have increasingly found themselves within court where the influence of drugs or alcohol are crucial to the case. At this stage, it is important to have experts in the court room – not only experts in law, but also experts in toxicology, to impart knowledge and add accurate toxicological information in order to bring the case closest to the cause and truth possible.

A forensic toxicologist will introduce a systematic order of analyzing and bringing forth information that can propel the case forward. As the CSA is controlled by the federal law, the scientific analysis needs to be conducted with the understanding of the CSA to determine where the case’s conflict with the American legal system occurs, as well as how the information is gathered and presented in a court of law. Knowledge of dosage recommendations, classification of scheduled substances, the regulation of controlled substances, and excluded substances are highlighted under the studies of forensic toxicology.