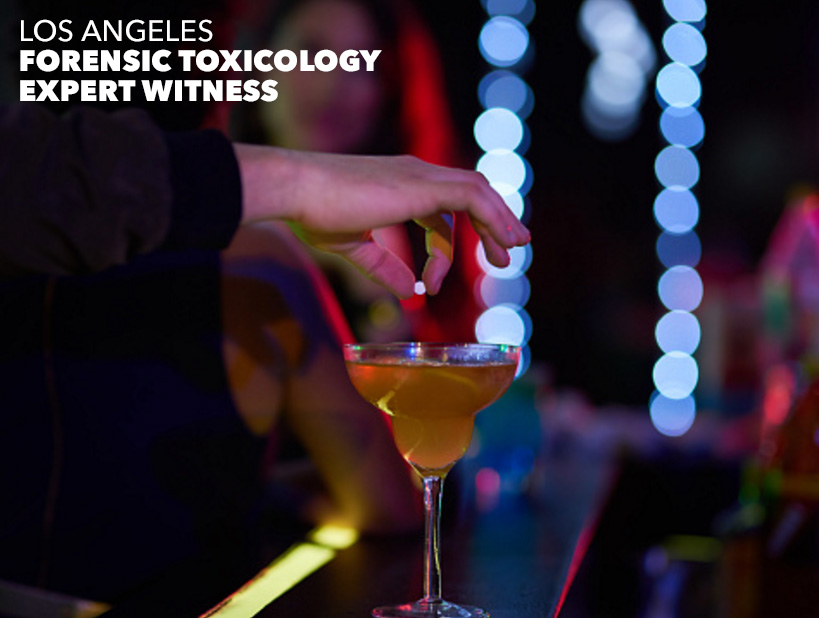 Drug facilitated crimes (DFCs) and drug facilitated sexual assaults (DFSAs) represent some of the most challenging cases for those who work in the field of forensic toxicology. The investigation of these crimes requires forensic toxicologists to determine whether an ingested substance may have contributed to the occurrence of a crime by impairing the central nervous system of the victim, thereby making them vulnerable to robbery or sexual assault.

Properties of DFC-related drugs
Generally, perpetrators will select drugs which cause sedation and anterograde amnesia (this occurs when a victim cannot remember what took place after the drug was ingested). Drugs which have this effect will leave persons vulnerable to crime as they may become unconscious, and be unable to defend themselves or call for help. Drugs used to perpetrate DFCs are usually colorless and odorless, are fast-acting, and can be easily slipped into a drink. A wide range of substances could be used to commit DFCs – as long as the substance causes some degree of sedation and loss of control, it will be effective. For this reason, when applying the methods of forensic toxicology to DFC investigations, testing must not be confined to one or two suspected substances. Rather, a broad spectrum test must be conducted.

Detecting DFC-related drugs
Screening for DFC-related substances requires highly sensitive testing methods and sound analytical techniques, applied by skilled toxicologists who understand the practical implications of the task. Attention must be paid to the size of the sample used, the speed of the analysis, and the specific analytical method used and its sensitivity level. These factors will be directly relevant to the reliability of the results produced. It is crucial that reliable detection methods are used, as a false negative may deter further investigation and hamper the victim’s case.

Blood and Urine Samples
Samples should be collected as soon as possible after the crime is committed. A large sample should be collected, in case further testing or confirmation is required. Testing samples for the detection of DFC-related substances allows forensic toxicologists to determine, with relative certainty, when the substance was administered, in what dose, and what its likely incapacitating effects would have been. The length of time which has passed between the actual incident and the taking of samples should determine which type of sample is used. Urine samples tend to show higher concentrations and have longer detection times (up to five days), whereas substances are usually only detectable in the blood for up to two days. If compounds are identified in the urine, it is advised that they should be looked for in a blood sample, too.