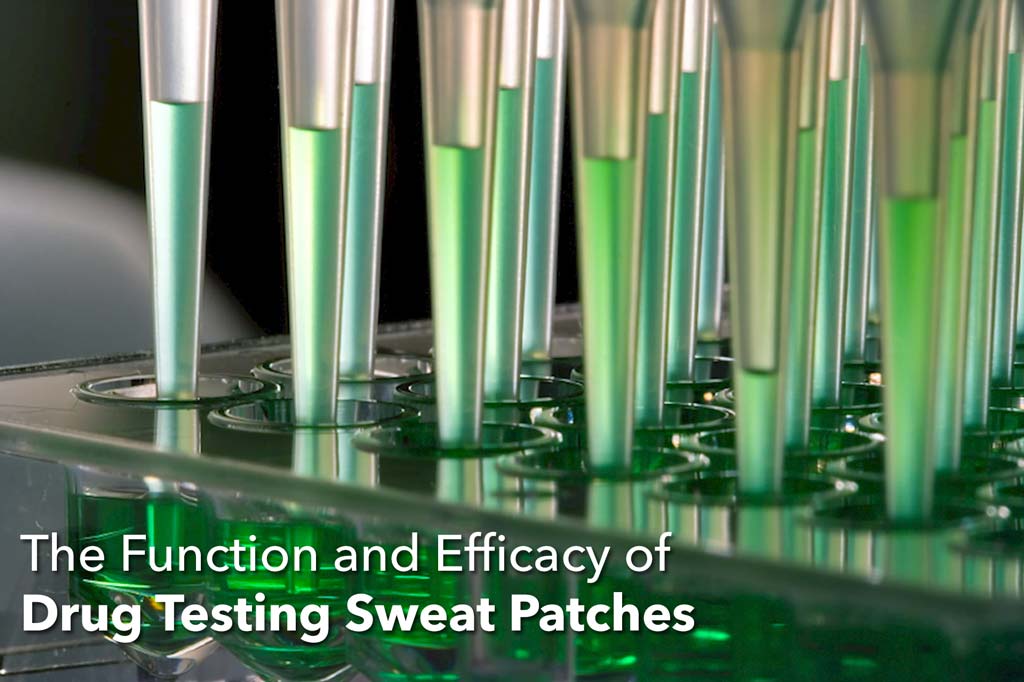 Analysis of biological fluids and tissues provide the most reliable method to documenting human drug exposure. The chemical analysis of human sweat in the form of drug testing sweat patches has become an effective method of monitoring drug use over an extended period of time. The sensitivity, specificity and reliability of drug testing is dependent on the type of drug that has been used. These tests can accurately pick up alcohol, amphetamine, cocaine, heroin, morphine, methadone, methamphetamine, and phencyclidine (PCP) by testing sweat that has been collected over several days or weeks in patches worn on the skin.

How Does It Work?

Human sweat is a biological fluid and its secretion is an important function tasked with maintaining constant core body temperature. Sweat is approximately 99% water. Sweat is produced by eccrine and apocrine glands that originate in the skin dermis and end in secretory canals that flow into the skin surface and hair follicles Drugs and their chemical by-products of metabolism, called metabolites, are excreted into sweat and then bind to hair, where they can remain detectable for months.

The sweat patch resembles a common Band-Aid, and is attached to the skin. It is designed to be worn for several days, however it can be worn for up to 4 weeks with minimal discomfort. The patch collects accumulating sweat on an absorbent cellulose pad. The sweat patch is then removed when necessary and is frozen until the accumulated sweat residue is examined by a precise analytical process that separates and identifies chemical compounds.

What Are The Challenges?

When a drug is taken orally, it can be harder to detect. When the chemical is swallowed, much of it can be destroyed by the liver in a process known as the first pass effect. Few molecules actually make their way into the bloodstream, in comparison to smoking.

The concentration of drugs in sweat patches is much lower than that found in a urine test, which can make repeated confirmation retesting a problem. The contamination of the patch before application or after its removal is also a possibility.

To prevent any tampering to conceal drug use, the patch is designed in such a way that once it’s removed, it cannot be reattached to the skin.

Why Is It Used?

This non-invasive process can provide effective drug-use surveillance for people in various contexts such as criminal justice, employment and outpatient clinical settings. Sweat patch tests can be performed less frequently than urine tests.

What Are The Alternatives?

The most common testing method for evidence of drug use is urinalysis because it is low-cost. However it does have a number of disadvantages including:

A blood test can also be used, and the time window is longer than a urine test. However this test can raise questions about privacy, the ethics of blood tests, and the transmission of diseases. A human hair test can also accurately test for drug use for up to 90 days. Hair tests can test for multiple uses over time, whereas urine tests can only test for a single drug use. However, while hair, blood and urine tests all have their advantages, the results are all susceptible to human error and/or tampering.