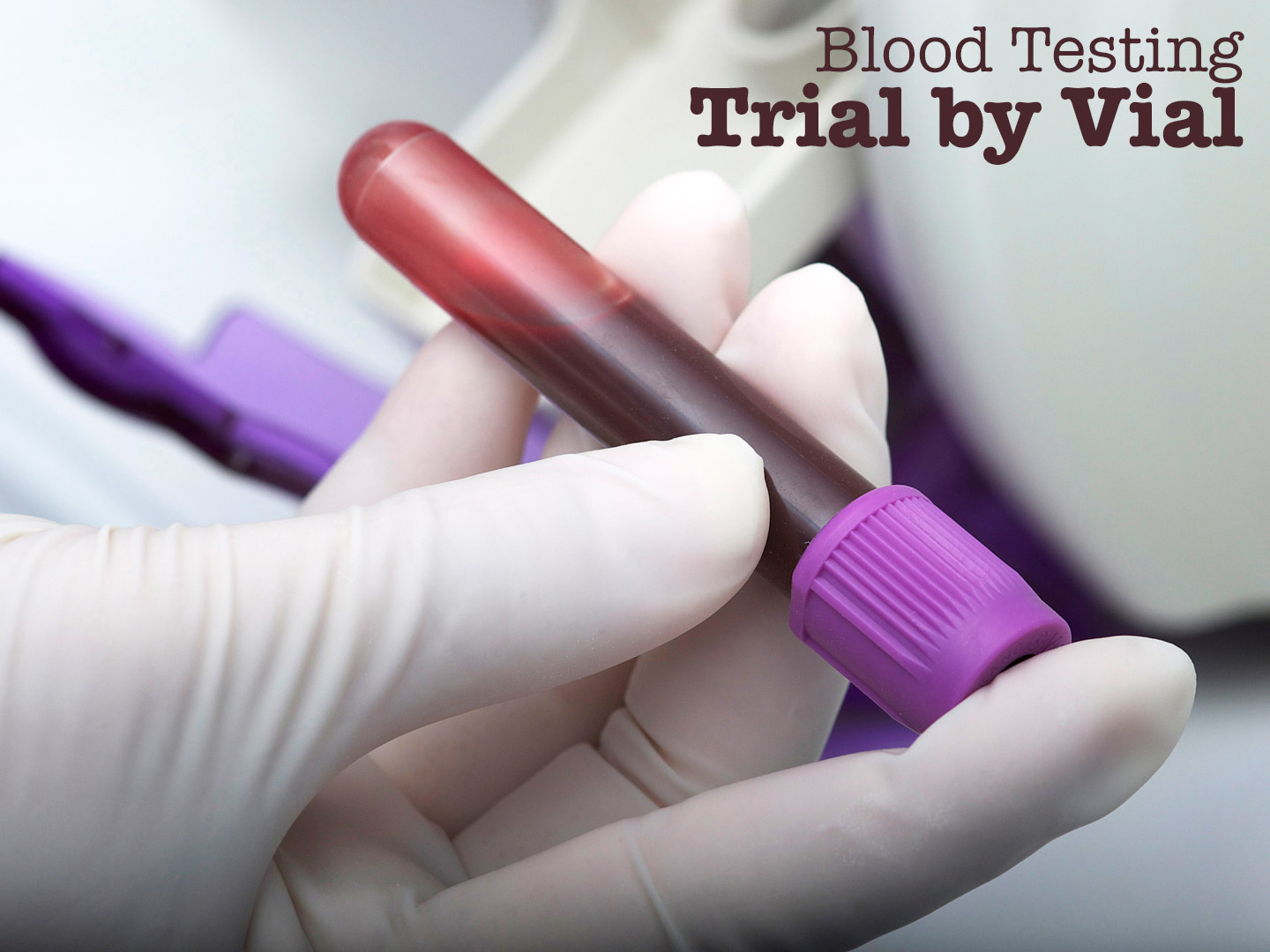 Blood testing in criminal cases can prove to be extremely vital, and the trial by vile scenario rings true for most court cases. It can be a deciding factor in determining whether to find someone guilty or to dismiss the case.

Forensic toxicology analysis biological samples of the human – most often blood and urine – and in this manner can determine the precedence of any street or other drugs that was in the convicted persons’ system at the time of the crime or event in question.

Hair testing can also prove to be a powerful indicator, however the one major drawback about hair testing is that it may not be as accurate as blood testing, due to the fact that persons may dye, bleach, or treat their hair with any chemical substance that may drastically alter their hairs’ integrity, rendering testing for any type of foreign substance in the hair virtually obsolete, especially for criminal cases where beyond a reasonable doubt is a necessity.

One of the ways in which the importance of blood testing in criminal trials is illustrated is the case involving the the ex-Linden police officer who is accused of driving the wrong way and crashing into the victims’ truck, leaving more than one person dead. The ex-Linden officers’ trial relies heavily on the results of key blood tests of the accused. It is believed that Abad, the accused in question, went to a strip club the evening of the crash where he was allegedly unknowingly slipped the date-rape drug GHB. It is alleged that strippers apparently drug clients unknowingly so that the clients will spend more money. The blood tests are thus a critical component to the case, because this will show that the accused was under the influence of a foreign substance that drastically influences the mind and brain co-ordinates. This was also given to him unknowingly, meaning that the crash that took place was entirely out of his hands, meaning possible acquittal.

Abads’ lawyer is also seeking to suppress tests that showed that Abads’ blood showed an alcohol level of .24, three times the legal limit. According to Mario Galluci, Abads’ lawyer, the first officer who came into contact with Abad after the crash allegedly smelled no alcohol on his breath, yet police conducted an alcohol test – police lacked probable cause to do so seeing as he did not smell of alcohol. This is another factor showing the importance of blood tests in a criminal trial. Abad is charged with drunk driving and heading the wrong way on a highway whereby he crashed headfirst into a truck and killed two people. If the very alcohol blood level accusation which forms part of his conviction can be disputed in a court of law, Abads’ very charge can be brought into question and can be dismissed. Couple that with a positive result for the date rape- drug GHB in his system and Abad may be a free man.

Again this is a perfect example of trial by vile, and the importance of blood testing in criminal and even civil cases can not and should not be taken for granted.