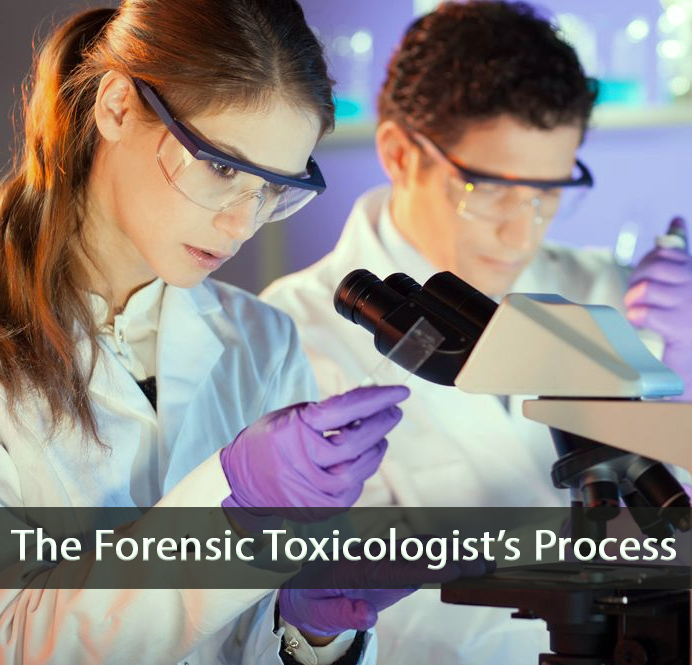 Forensic toxicology is the branch of science that uses chemistry and pharmacology to detect and understand the relation of drugs and toxicants to the human body. The work done by a forensic toxicologist can be used in death investigations, medical investigations, determining dosages of drugs for hospital patients, drug testing, and many other scenarios.

The Testing Process
The biological samples that are collected in a post-mortem forensic toxicology case would be blood or urine. With regards to a death investigation, there are specific types of samples needed for certain cases. For example, in a suicide case, it is best to use a biological sample of blood, urine, or liver. In the case of a suspicious death that could possibly be a murder investigation, it is best to have a blood, urine, bile, gastric content, liver, or hair sample.

Those who collect the samples are required to follow specific protocols in order to ensure the samples are not contaminated or tampered with before the testing can begin.

In post-mortem situations, it is also important for forensic toxicologists to consider the problems with taking a blood sample after a person has deceased, such as concentration changes that occur when transporting the blood sample and how long the person has been deceased.

Liver is also used in post-mortem drug testing. The body metabolizes drugs in the liver, making this the sample of choice for many forensic toxicologists.

When the situation does not involve taking a sample from someone post-mortem, urine is often used as the sample. For example, if a forensic toxicologist is doing drug testing for a company, using a urine sample is simpler and less invasive than collecting blood samples. With urine samples, it is important to note that while it will indicate the presence of a drug at an earlier time, it is often more difficult to determine the effects the drugs were having on a person’s behavior because it takes time for drugs to pass through a person’s body and be eliminated as urine.

The testing itself uses specialized equipment and a precise process. The toxicologists take the biological samples and use specifics from each case, in order to determine the testing targets. Several tests are conducted that aim to test the biological sample for drugs, including prescription and illegal drugs, alcohol, and other toxicants, depending on the case and the situation.