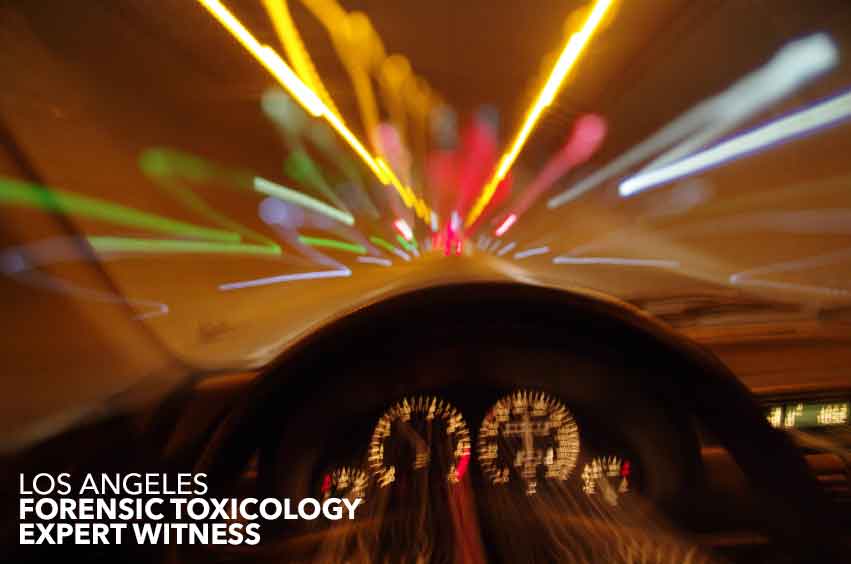 In many criminal investigations it may be that analytical information is needed or testing required regarding the presence of substances at a crime scene or within a person’s body. This is the purpose of forensic toxicology: to test bodily fluids or other substances for toxic chemicals in order to obtain a set of results that can aid the investigation and influence the legal outcome of the court case.

For example, if someone crashes their car, it may be that the driver was under the influence of a mind-altering drug. Uncovering this information will undoubtedly determine the legal repercussions for the driver, and will need to be tested for by forensic toxicologists. The consumption of drugs and toxic substances has damaging psychological and physical effects on a person, and can drastically impact the level of one’s driving capabilities.

Drugs ultimately affect the brain, causing one’s reaction time and judgement ability to be impaired, and can lead one to become aggressive and reckless. Driving and drugs are never to be mixed, because doing so will put you and others in grave danger and can even cause you to lose your life (or someone else to lose theirs).

How the Consumption of Drugs Can Cause Havoc on the Road

Different drugs affect the body in different ways, but it is vital to be aware that consuming a drug in any form will compromise your ability to operate a vehicle safely. Some of the most crucial skills needed for safe driving can be taken away from you when under the influence. It is warned that even prescription medication received over-the-counter can impair mental and physical capacities for tasks such as vehicle operation. Listed below are several ways in which drug consumption affects your mind and body, and its result on driving abilities:

If you would like to read further on the relationship between Drugs and Driving, and Drug Toxicology, note that this article is only one part of a series of articles covering these topics. Stay tuned for the next article on ‘measuring impairment’ coming soon.