The Challenges Of Hair Follicle Testing 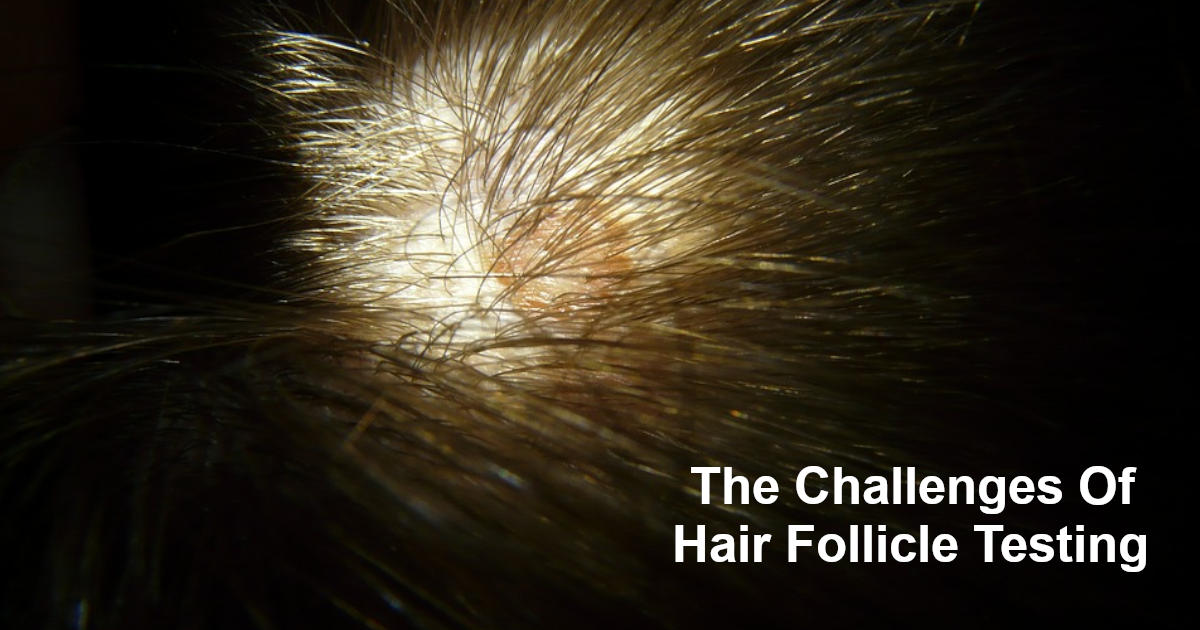 Hair follicle testing has risen in use to over 200,000 drug tests per year in the U.S. This type of drug testing analyzes the hair shaft for drug metabolites, as opposed to analyzing bodily fluids such as urine or saliva which are used in most other types of drug testing. This results in a longer detection window because drug metabolites stay present in a person’s scalp for up to three months after drug use. In comparison, urine testing only has a detection window of around one week for most drugs, and 30 days for marijuana.

About 84% of private employers conduct drug tests upon job application, and 39% of all jobs have random screenings throughout employment. The most likely industries to make use of pre-employment drug tests are:

The legal industry has used hair follicle testing more and more frequently over the past few years, especially when court-ordered drug testing is required. Some cases which make use of this testing include:

The results of these cases are life-changing, so false-positives are of major concern. In an attempt to limit the number of false positives, hair follicle testing involves a two-step testing process. But is this enough?

The Problems With Hair Follicle Testing

There are three main challenges with hair follicle testing. When viewing the results of a hair test, it’s important to realize there are influencing factors on hair tests

The amount of melanin and the chemical treatment in a person’s hair affect the hair’s ability to absorb drug metabolites.

Someone with higher melanin levels in the hair, especially with the subtype eumelanin, has better binding ability of cocaine and amphetamines – leading to discrepancies in the timing of drug use between them and someone with lighter hair.

Scientists have found that both ingested and external cocaine binds to the hair’s melanin, resulting in false positives for cocaine use from just being in an environment containing cocaine. If someone snorts cocaine, the “aerosolized powder” gets deposited on all nearby surfaces, including in a non-users hair. In current hair follicle testing methods, this is indistinguishable from actual drug use.

Hair follicle testing will pick up on any level of exposure to a drug, even if the person did not take or use the drug themselves.

If someone is exposed to cocaine for example, the test will not be able to differentiate between this person and someone who has actually used the drug. This false positive is extremely damaging for this person’s future and at this point, it is also completely unavoidable.

Another potential issue with hair follicle testing is that certain religions forbid the cutting of your hair. In one particular case, four East Indian Sikh applicants requested religious accommodation in a charge filed with the EEOC, and they were denied even though other tests were available.

What Does This Mean For Future Testing?

There is no arguing with the fact that hair follicle testing is extremely effective in detecting drug use. The larger detection window, combined with how difficult it is to tamper with results, make it one of the most useful forms of drug test. But, because false positives as well as discrepancies between dark and light hair are so frequent, hair testing should not be used as an end all for employees or defendants.

The growing concern surrounding these challenges with hair testing highlights the need for flexibility when they are used, as well as the potential need for multiple tests before conclusions are drawn.