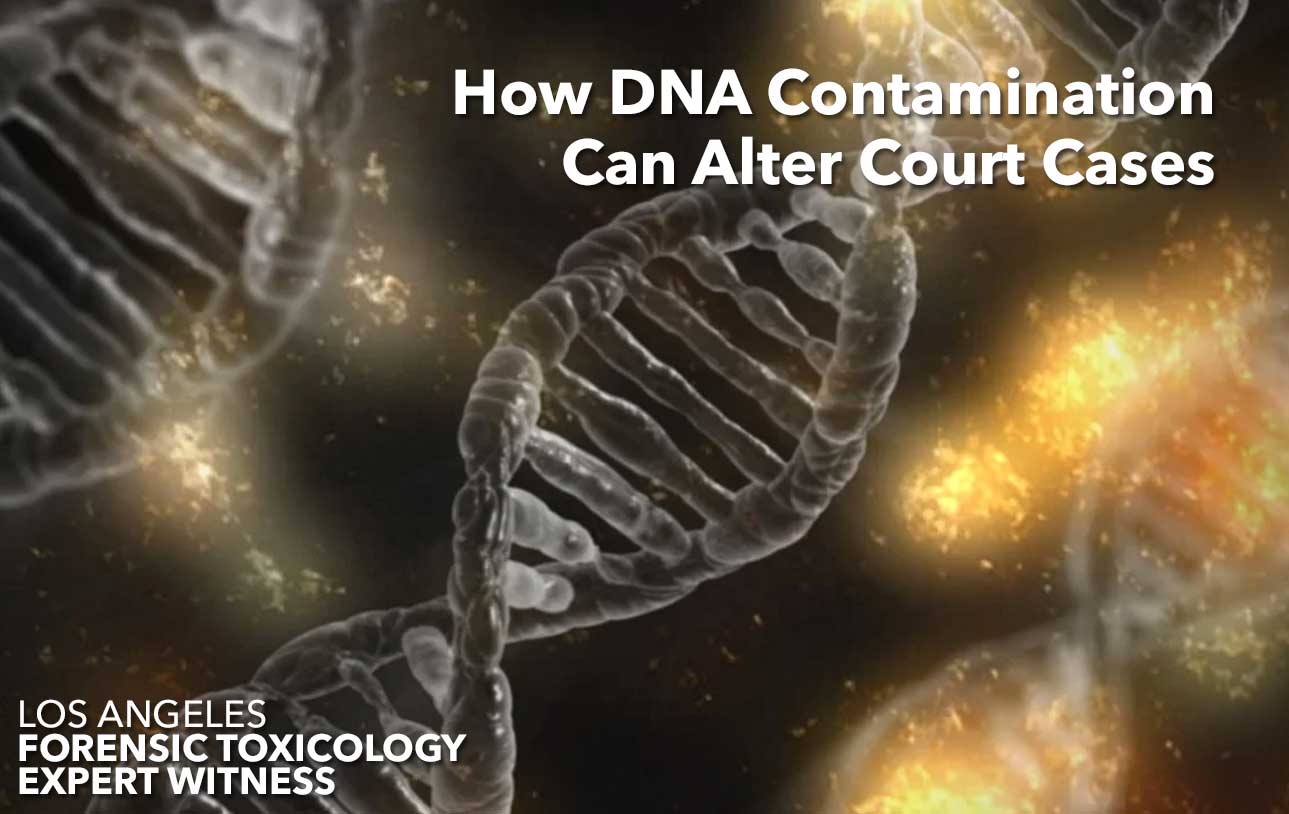 When a crime occurs, scientists may use DNA evidence to ascertain who are possible suspects and, in some cases, find them guilty in court. Yet relying so heavily on such a sensitive test can have consequences, especially in criminal court cases.

How Does DNA Contamination Happen?

As forensic technology has advanced in recent years, it is now increasingly possible to detect even miniscule traces of DNA that someone leaves behind on an object. In the context of criminal cases, DNA contamination occurs when scientists identify one person’s DNA, usually at the scene of a crime, in a way that implicates the wrong person. It is possible for DNA tests to pick out an individual that did not have recent contact with the item on which the DNA was identified. Individuals’ DNA can persist on an object even if they were not the last person who had touched that object.

In other scenarios, a scientist or a member of the forensics team may accidentally contaminate the DNA they are testing with their very own DNA. It is also possible that someone who is testing the DNA in a lab may contaminate the sample with other traces of DNA from the laboratory.

How It Plays Into Court Cases

When investigators are looking into the events surrounding a crime, they may turn to DNA sampling to figure out who potential suspects or witnesses may be. In some instances, they may rely on DNA that has been found on a possible murder weapon, on a cadaver, or at a crime scene in some incriminating manner. Prosecutors can use the results of DNA tests to build a case against a suspect in court.

While DNA has the ability to expose the identity of people who are linked to crimes, it is possible that DNA does not always tell the full story. It is possible that suspects will be wrongfully convicted based on contaminated evidence. On the other hand, it is possible that relying too heavily on a DNA trace may wrongly exonerate an individual. With more awareness coming to light about this issue, forensic experts are working on developing ways to lessen the likelihood of making such consequential mistakes.

In order to address issues with DNA contamination, the International Organization for Standardization came up with ISO 18385. This has given the forensic community an internationally recognized standard for preventing DNA contamination in labs and in manufacturing. ISO 18385 sets guidelines for risk assessment, mitigation, and control when it comes to testing DNA. According to the ISO website, this new protocol is important for the following reasons.

An infamous example of DNA contamination occurred in the “Phantom of Heilbronn” case. When a string of 40 crimes were committed across Europe dating back to 1993, investigators found the DNA of one woman at the scene of many of the crimes. However, after investigators spent years trying to ascertain the identity of this “phantom” woman, in 2009 they discovered that the DNA led back to a woman who worked in the factory where she helped produce cotton swabs used for collecting DNA. This investigation wasted the time and resources of everyone involved because of reliance on a contaminated sample.

Speak To An Expert

If you would like to know more on subjects such as this, you can start by talking to Okorie Okorocha, who is highly trained in forensic toxicology and has served as an expert witness in court. Contact the Okorocha Law Firm today to learn more.