How Accurate Is Sweat Patch Testing? 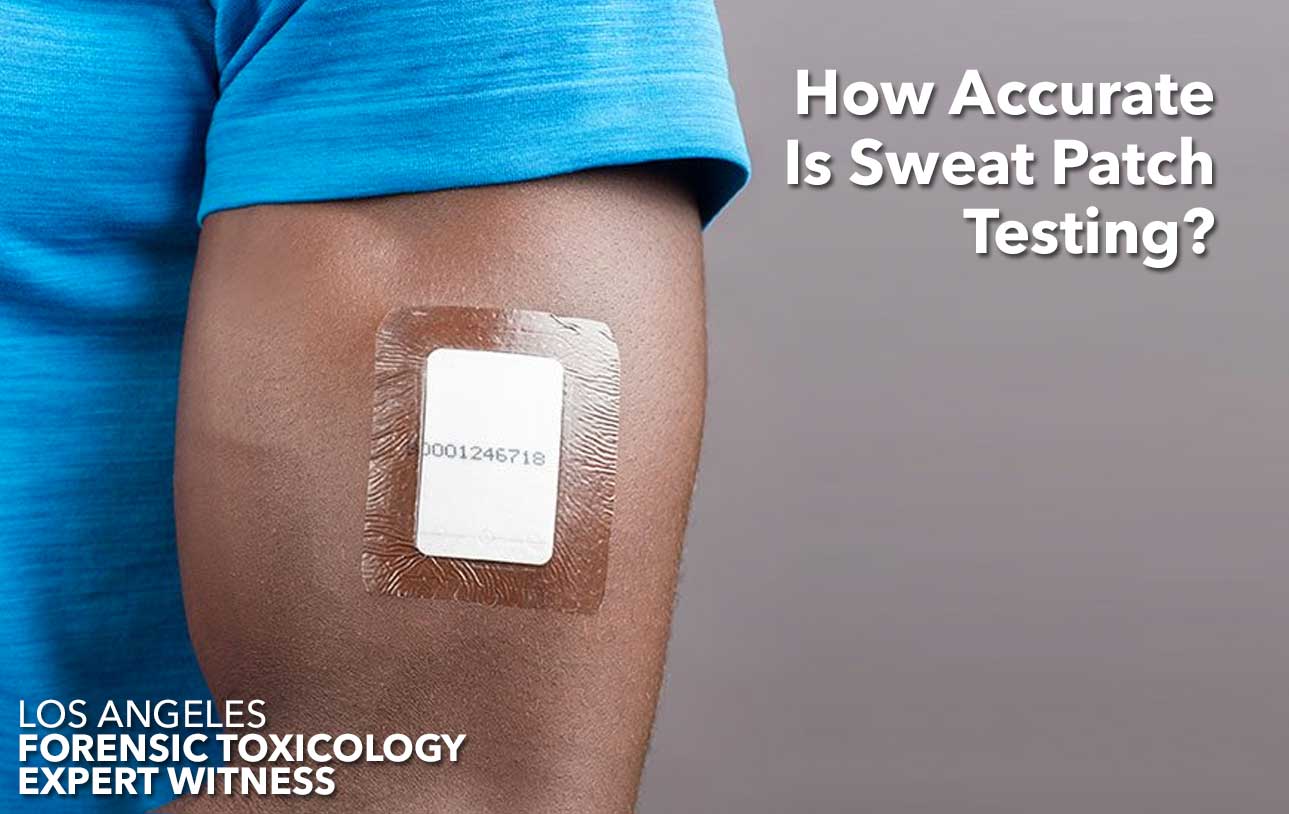 Toxicology plays a large role in various legal cases by serving as evidence for or against the presence of drugs and alcohol in the human body. As the science of toxicology constantly progresses and advances, different methods are introduced to the industry.

While many of these methods are employed in the likes of alcohol testing, they should still be reviewed with a critical mind, and not just accepted at face value. By understanding how these tests impact toxicology, and by assessing their pros and cons, a more accurate reading can be made.

Sweat patch testing is one of these areas that we should question – how accurate is it, really?

What Is Sweat Patch Testing?

After taking drugs, they leave a person’s body in different ways. One of these ways is through sweat. The drugs will seep out of the body within a day or so, only fully clearing after several days. A sweat patch is an absorbent pad that is placed on the skin, soaks up perspiration and is tested for samples of toxicity.

The sweat patch is worn for approximately a week. It is both applied and removed at a testing center and then sent to a lab for analysis. The patch can be used to pick up traces of marijuana, cocaine, opiates, amphetamines, and phencyclidine.

The Flaws Of Sweat Patch Testing

Limited Use and Uncertain Results

There are limitations to who it can be used on. For example, the test is not effective on people who have skin abrasions or particularly hairy skin. The sweat patch can also be ineffective if it is poorly applied.

Even once the sweat patch is removed, the concentration levels of the drug are often significantly less than other forms of drug testing.

One of the biggest disadvantages of sweat patches is the chance of it resulting in a false positive. This can happen if the patch is exposed to passive drug exposure, such as second-hand marijuana smoke.

It’s also possible for contamination to happen from within. It’s not uncommon for drug residue to be stored in the skin of long-term drug users. This residue can escape and give a false positive when the patch is removed.

Not all drugs affect the body in the same way. While the band-aid-type sweat patch is often used to identify certain drugs such as cocaine and marijuana, it’s not as easy to pick up oral drugs.

This is because fewer molecules of the drug actually make their way into the bloodstream as most of the compounds are destroyed by the liver through the first pass effect.

The accuracy of the results from sweat test patching is viewed controversially. There are alternatives to sweat patch testing, all of which have own pros and cons.

Urine testing is one of the most common forms of drug testing, largely due to its low cost which makes it easy to administer.

There are certain disadvantages of urine testing too, such as the short window period and relatively invasive testing technique. But perhaps most concerning is the high number of false positives.

Although blood testing is also used for drug testing and provides value because of the longer time window, it has a few more limitations – many of them ethical.

Questions about privacy, the ethics of blood testing and the potential of transmission of diseases make blood tests the less favorable option.

Lastly, hair testing is another biological technique used to assess the presence of drugs. Human hair can be tested for up to 90 days and tested multiple times over, however, there are disadvantages to hair follicle testing. For example, the results can be swayed by the likes of detox shampoos and environmental exposure.

While there is a variety of drug testing that is available, they are all susceptible to human error or tampering. When dealing with a legal case that affects an individual’s future, the results need to be accurate and scientifically-founded.