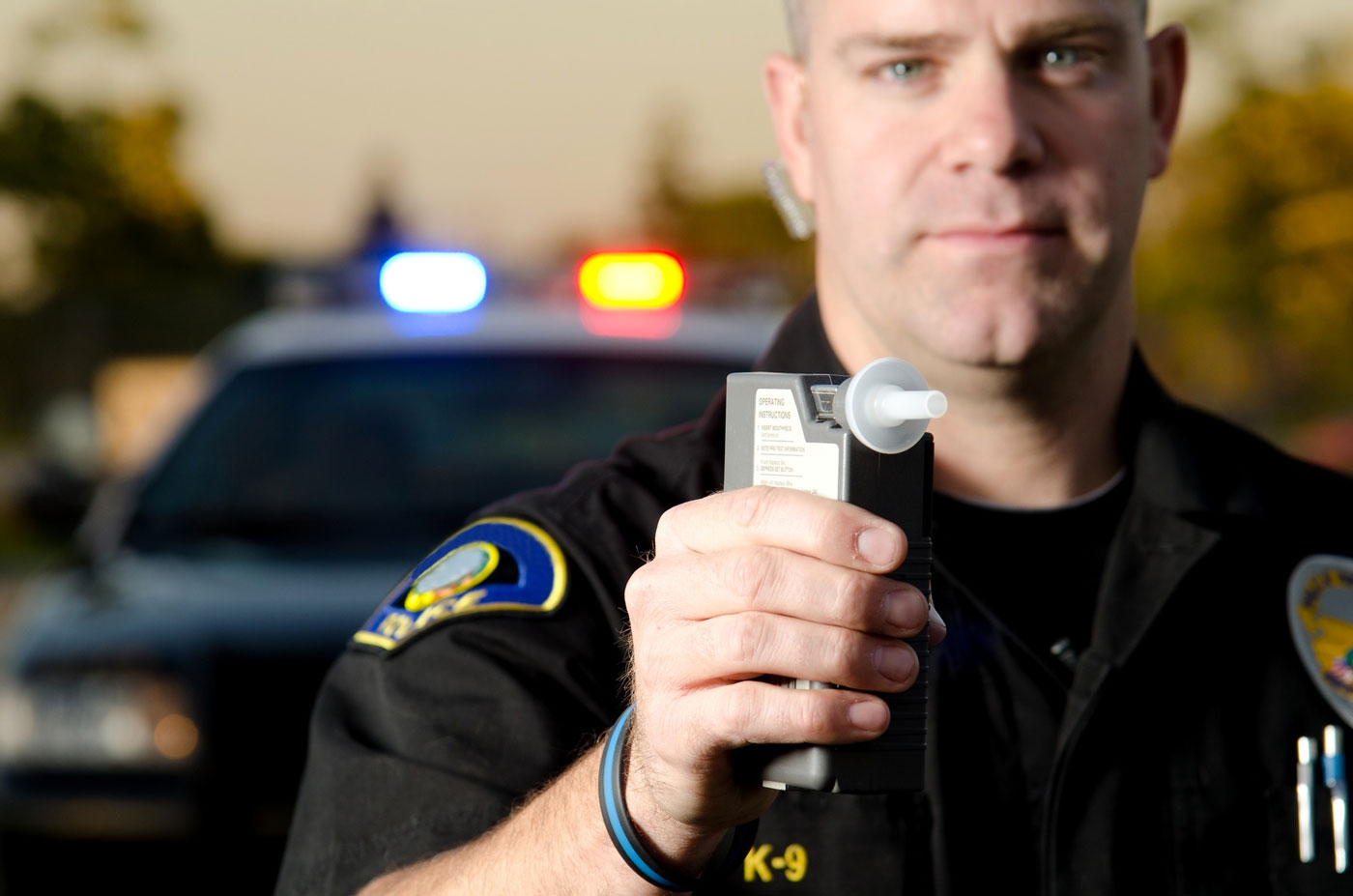 In films, police officers are often shown as requesting a breath test after pulling a suspect over. This, however, is an incorrect depiction of what happens. Before an official arrest is made, breath tests are completely voluntary, and thus can be refused. Officers ask suspects to perform the standardized field sobriety test, and determine whether or not a person is intoxicated based on his or her ability to execute these tests. When arriving at a police station, a person suspected of driving while intoxicated can then decide whether or not they whish to take a breath test, a blood test, or refuse to be tested at all.

Breath Test
Again, this test is inaccurately depicted in most films. If a suspect elects to take a breath test, he or she will be taken to the nearest police station, and observed for 20 minutes. This is to ensure that the suspect does not belch, vomit, or implement any other bodily function that may result in stomach contents entering the mouth, as this will cause the test to be inaccurate. After 20 minutes, an officer who is trained to perform a breath test using an intoxylizer machine (also known as a Breathalyzer) will ask the subject to blow into the machine, wait two minutes and blow again. If the results of these two blows are not within a reasonable range of one another, the test is considered invalid. However, if the results are similar and above .08 the subject will be accused of driving under the influence, and the subsequent state laws will be applied.

If called upon to be an expert witness in a DUI case, a lawyer may challenge a breath test by carrying out experiments on the machinery used to determine if it is in correct working order and has been maintained properly. It is flawed in the sense that the test does not provide an exact blood alcohol level, but rather an estimate, and assumes every person is similar. Moreover, mouth alcohol levels can effect results and provide false high readings, and are not detectable by a Breathalyzer.

Blood Test
The most appealing aspect of a blood test is that two vials of blood will be drawn, one for the state and one to be used by a lawyer and tested in an independent laboratory. A forensic toxicologist will then be able to measure the exact amount of alcohol in a suspect’s blood, rather than the estimation that a breath test produces. Unlike a breath test, one is also allowed to re-test any blood provided. However, because of the accuracy of the results, if a person is found to be over the legal alcohol limit, it is difficult to disprove the method used to determine blood alcohol levels. There are certain flaws in the testing process though; if blood is left unpreserved, it can begin decomposing and provide false result. Similarly, cross-contamination can occur, tainting results.

Conclusively, the main difference between blood and breath tests is accuracy; blood can be retested in an independent lab by a forensic toxicologist, whereas breath tests determine average blood alcohol levels using relatively inexpensive machinery, and cannot be retaken.