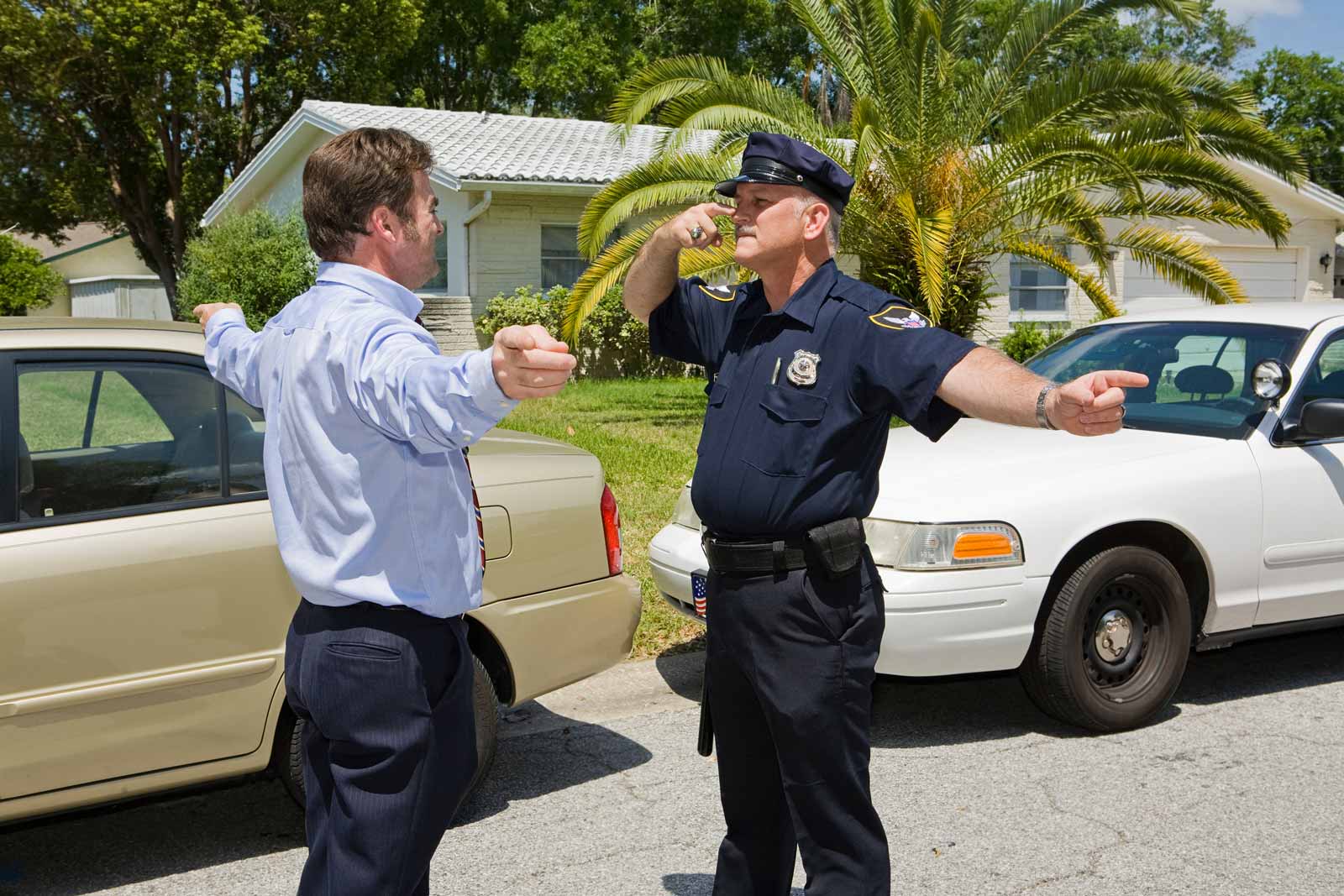 There are many issues surrounding field sobriety tests that can raise contentions within a court of law. Often, these concerns can be used by an expert witness to challenge allegations of driving under the influence of alcohol.

Field sobriety tests are used by police officers to determine whether or not a driver is intoxicated, by using three standardized exercises known as the Horizontal Gaze Nystagmus, the Walk and Turn, and the One-leg Stand. However, these tests are not always accurate, and extenuating circumstances can make them difficult for some people to pass even while sober.

The Horizontal Gaze Nystagmus
This phrase refers to the natural, involuntary jerking of the eyeball when gazing toward the side. Nystagmus is observed by asking a suspect to follow a stimulus with his/her eyes only. Equal tracking of the eyes, smooth pursuit of the object and equal pupil size is indicative of normal nystagmus, but if a person fails the Horizontal Gaze Nystagmus test his/her blood alcohol level is immediately assumed to exceed 0.8 percent. However, interferences such as wind or dust may exacerbate results, as well as certain medications, caffeine and nicotine. Moreover, improperly trained officers who strain suspect’s eyes for too long may cause fatigue nystagmus.

The Walk and Turn
This test involves asking a subject to take nine heel-to-toe steps along a straight line while simultaneously counting these steps out loud. There are eight different clues that point towards impairment, such as not being able to keep one’s balance or not walking heel-to-toe. If only two clues are noticed, the subject is assumed to have a blood alcohol concentration higher than the legal limit. Yet this test is also problematic, as it can only be conducted on a hard, level, dry surface with an appropriately thick and, more specifically, straight line. Moreover, as a person ages, balancing becomes more difficult as functioning of the inner ear declines. Consequently, this test often cannot decisively prove whether or not a person is inebriated.

The One-leg Stand
During this test, a suspect is asked to hold his or her leg roughly six inches off the ground. While looking directly at the foot, the suspect is then asked to hold his/her arms at his/her side and count to thirty. The officer then assumes that this person is intoxicated if he or she sways, hops around, uses his/her arms to balance or puts his/her leg down before the thirty seconds is completed. However, this test proves difficult for people who are overweight, elderly or have leg, back or middle ear problems. Furthermore, like the walk and turn, it requires a hard, dry and level surface in order to accurately test impairment.

Mitigating Factors
The field sobriety test does not take into account other external factors that may affect a driver’s abilities; this is left up to the discretion of the arresting police officer. For example, a person may be unable to properly perform the One-leg Stand because he or she is too fatigued to hold his or her leg up. Similarly, simply being pulled over by a police officer can make some people incredibly nervous, resulting in them shaking or their eyes jerking. The police officer may then observe this as indicative of intoxicated behavior, rather than a bout of anxiety, and make a false arrest.

One of the biggest problems with field tests is that police officers do not have a baseline to compare a person’s performance at the time of the test versus how the person would perform under normal circumstances. Obviously you should never drink and drive, but sometimes an expert witness may be able to use the many problems surrounding field sobriety tests in order to acquit someone accused of driving under the influence.